The post explores the significance of the first National Gay Conference that was held in Cork in 1981. 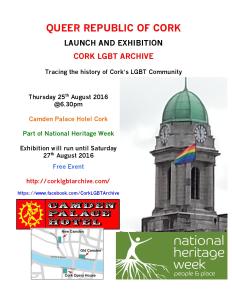 The Queer Republic of Cork Exhibition opened in Camden Palace community arts centre in Cork on 25 August 2016.  This Exhibition was organised by Orla Egan, Cork LGBT Archive, as part of the Irish Heritage Week.

This Exhibition took visitors on a journey through the development of the Cork Lesbian, Gay, Bisexual and Transgender communities from the 1970s onwards.

Cork has a long and rich history of LGBT activism, community formation and development. Since at least the 1970s LGBT people in Cork have forged communities, established organisations, set up services and reached out to others.  As well as campaigning for LGBT rights and providing services and supports to LGBT people, the LGBT community has played a vital role in movements for social justice and political change in Cork.  Yet this community, like many other LGBT communities worldwide, has been largely invisible in historical accounts and its contribution to social and political change and developments largely unacknowledged. 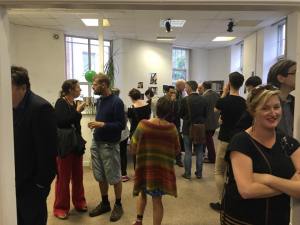 The Queer Republic of Cork exhibition highlighted some key moments, organisations, campaigns and triumphs in the history of the Cork LGBT Community. It showcased some of Cork’s firsts – the 1st National Gay Conference (1981), the 1st Irish AIDS leaflet (1985), the 1st Irish Lesbian and Gay Festival (1991) and the 1st LGBT float in a Patrick’s Day Parade (1992).  The Exhibition then moved through the decades, 1970s to 2000, focusing on Cork LGBT community organisations and activism.

The response to the Exhibition was very positive with people delighted to see and explore some of the history of this dynamic community.  The Exhibition was just a small sample of the items contained in the Cork LGBT Archive.   To see more visit the digital archive on http://corklgbtarchive.com/ 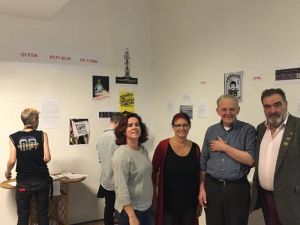 The core of the archive is organised around the Arthur Leahy collection – a private collection gathered by Arthur Leahy since the 1970s, and containing a rich collection of leaflets, posters, newsletters and other items relating to the history of the Cork LGBT community.  It was appropriate then that the Exhibition was formally launched by Arthur Leahy.  Orla Egan spoke of the importance of acknowledging and sharing the history of the Cork LGBT community and the decades of activism and community formation.  Both Arthur and Orla spoke of the importance of creating a more inclusive and accurate account of Irish LGBT history.

The Exhibition was organised as part of National Heritage Week.  The Cork LGBT Archive has recently received funding from the Irish Heritage Council for the proper storage and cataloguing of the archive collection – this funding marked an important acknowledgment of LGBT history as part of Irish heritage.  Further funding has since been secured from the Cork City Council Heritage Publication grant for a publication on the History of the Cork LGBT Community (this will be published by December 2016).

The Cork LGBT Archive is very grateful to Camden Palace for hosing the exhibition.  A huge thanks to Peter Flynn, UCC, who loaned his printer to enable the exhibition to be created!  Jess Jones, Carol O Keeffe and Jacob Egan-Morley assisted with hanging the exhibition and hosting / filming the launch.

The Exhibition can be viewed in Camden Palace, John Redmond Street, Cork, each day 12-6 until 3 September 2016. 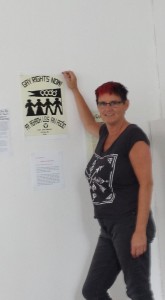 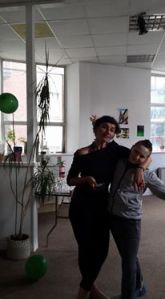 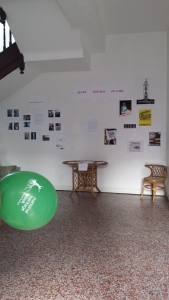 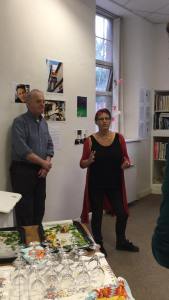 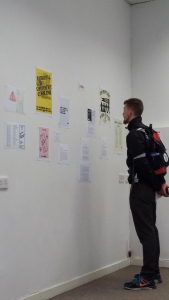 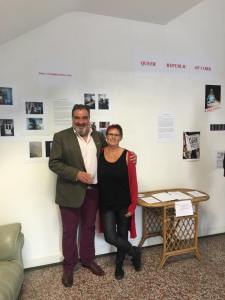 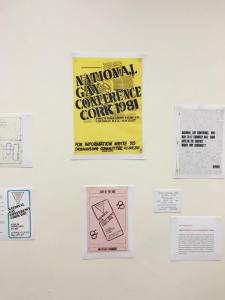 I am a Digitally Challenged Digital Humanist.

My Digital Humanities project, creating a Cork LGBT Digital Archive, is a truly multi-disciplinary, inter-disciplinary and cross-disciplinary project – it requires me to understand and engage with a number of different fields and disciplines, including History, Social History, LGBT History, Archives, Community Archives, Digital Archives, as well as understanding the how of doing it digitally.  Not a challenging task at all!!!!

A lot of the time it seems as if I am floundering in a land I don’t know, where

people speak a language I do not understand.  The Humanities side is fine, I speak that language, but I’m new to the Digital.

END_OF_DOCUMENT_TOKEN_TO_BE_REPLACED 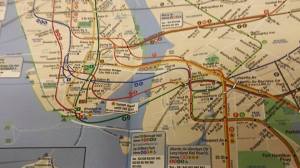 I have just returned from a visit to New York to meet with a number of LGBT Digital Archive projects.  Building these connections and opportunities for the sharing of ideas, experiences and practical skills is crucial for me as I work on developing a Cork LGBT Digital Archive.  The opportunity to be in a room with others who share my obsession with the importance of preserving and sharing the rich history of LGBT communities, and with using digital tools to do so, is a crucial but rare experience for me. 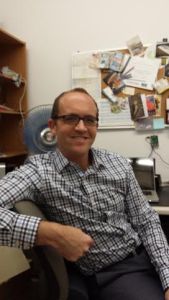 I met with Anthony Cocciolo, Associate Professor at the Pratt Institute School of Information and Library Science in New York.   Since 2008 Anthony Cocciolo has been working with his students on digitising some of the audio and video collection from the Lesbian Herstory Archive in Brooklyn.

Anthony teaches a module called Projects in Moving Image and Sound Archiving.  As part of this course the students work with Anthony on digitising various collections from the Lesbian Herstory Archive.  They began with series of interviews Joan Nestle conducted over a number of years with Mabel Hampton (1902-1989). Mabel was an African American Lesbian who was closely connected with the Lesbian Herstory Archive.  They have since digitised the archive’s collection of Audre Lorde’s public speeches, readings, and panel presentations, a series of videos in relation to the Daughters of Bilitis group and the interviews from Boots of Leather, Slippers of Gold (study of the lesbian bar culture in Buffalo). END_OF_DOCUMENT_TOKEN_TO_BE_REPLACED

There is no doubt that the enormous technological developments of recent decades have fundamentally changed how we ‘do history’. In particular they have created a plethora of new possibilities for the preservation and presentation of historical and archival materials.   While this is primarily positive, enabling the preservation and display of historical documentation that may otherwise be lost forever, it is not without challenges. Foremost amongst these for historians is assessing what digital tool or tools to use for capturing, analysing, presenting and sharing this material.

In Digital History Cohen and Rosenzweig explore how “new media and new technologies have challenged historians to rethink the ways that they research, write, present and teach about the past.” The book is designed essentially to be a practical handbook on how to create digital history. In the introduction they stress that “we need to critically and soberly assess where computers, networks, and digital media are and aren’t useful for historians…..in what ways can digital media and digital networks allow us to do our work as historians better?”

If one agrees that, on balance, it is worth doing history digitally, then how does one go about it? How do we choose from the plethora of tools available? For my work I am particularly interested in the development of digital archives and in digital tools that enable the storage, display and sharing of digitised materials.   However, there seems to be some confusion and disagreement about what a digital archive is  not to mention what are the best digital tools to use to create one.   There are many tools, both open source and commercial, to choose from. As Carolyn Li-Madeo states: “Digital Archives are easier to create than ever before, utilizing content management systems such as Omeka, Drupal, Collective Access or even WordPress, libraries and institutions can share and organize their collections through the web.” END_OF_DOCUMENT_TOKEN_TO_BE_REPLACED

Filed under Digital Arts and Humanities